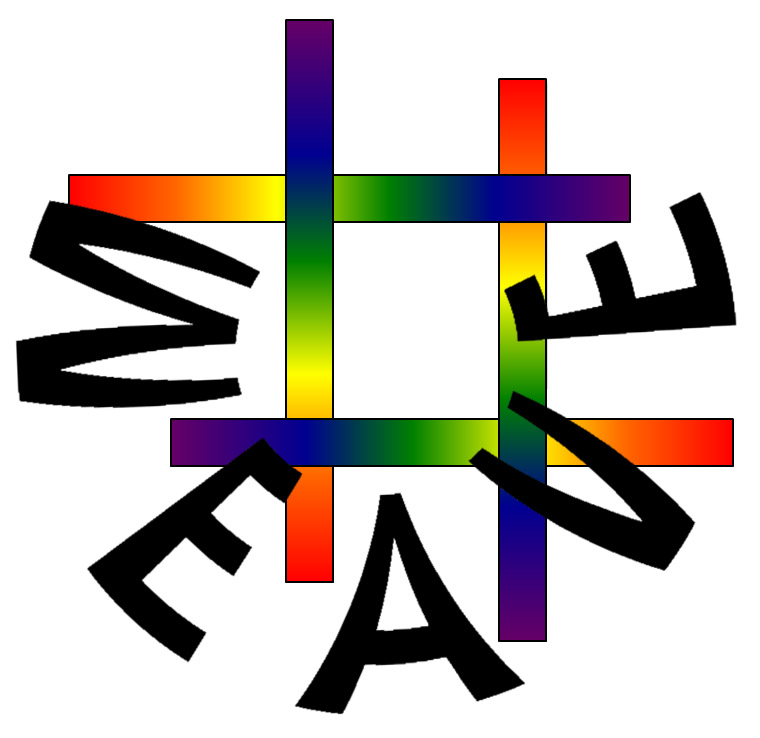 The following image shows an extract from the WEAVE instrument block diagram which depicts the sub-assemblies (blue) that constitute the Two-degree Prime Focus system (yellow). These sub-assemblies will be delivered as part of this system however the control aspects of the moving mechanisms are described in Observatory Control System.

The following pictures represents the system. The Fibre Positioner which is for completeness does not form part of this system. 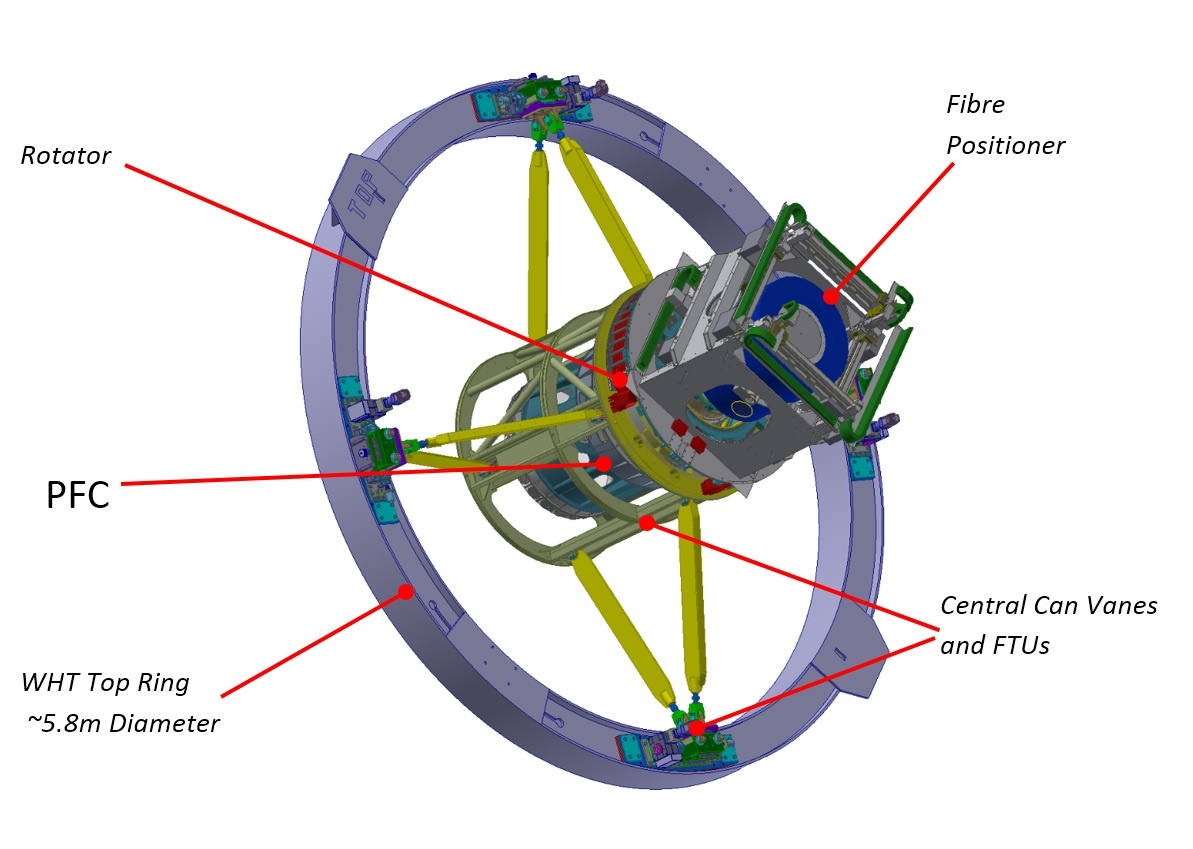 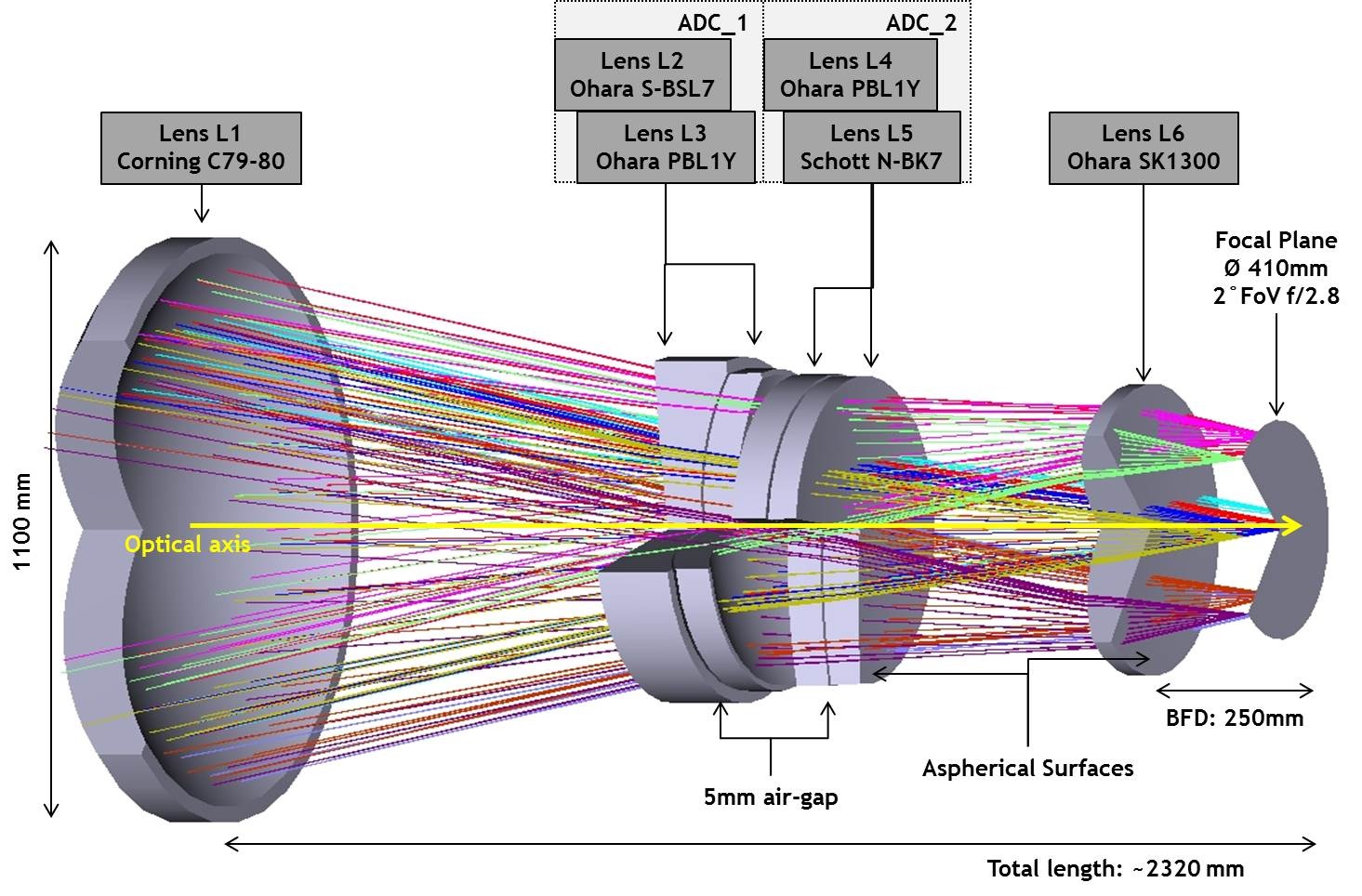 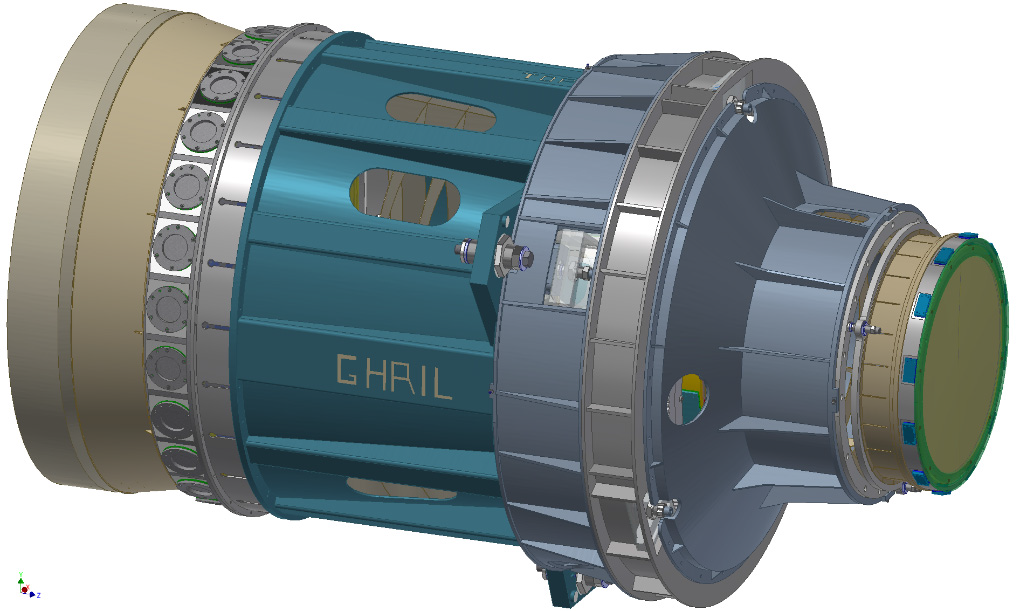 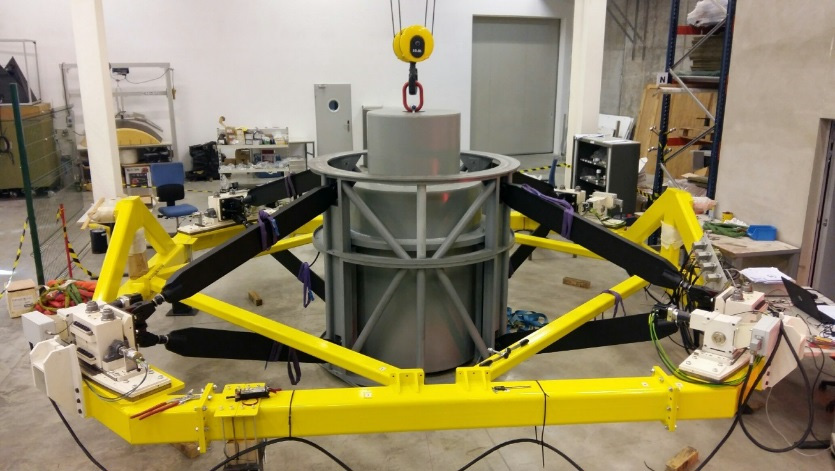